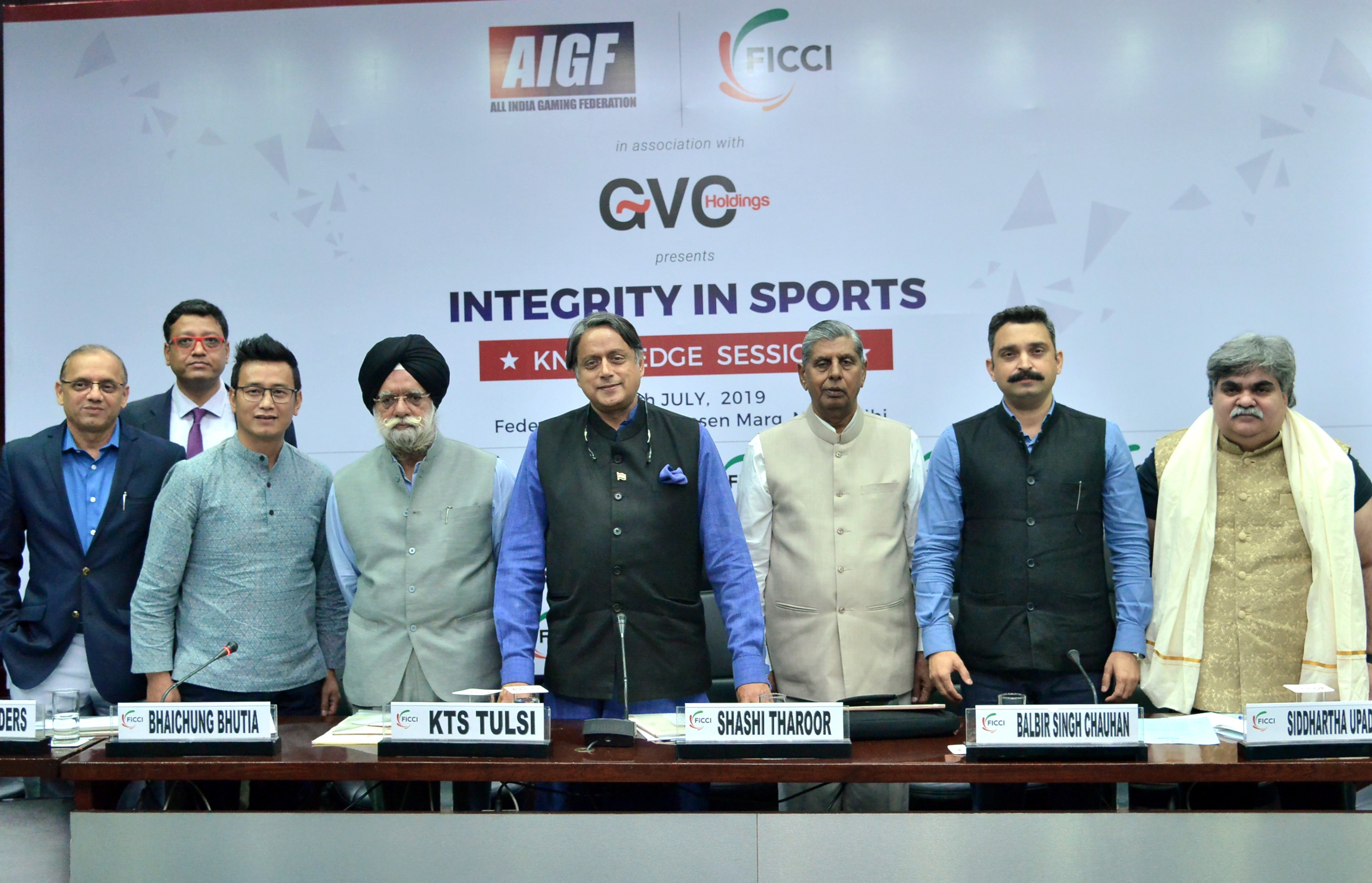 The Federation of Indian Chambers of Commerce and Industry (FICCI) and the All India Gaming Federation (AIGF) jointly hosted a knowledge session for government officials, sports federation office-bearers and the media on ‘Integrity in sports and the need for regulating sports betting’ in New Delhi on 24th July.

Welcoming the gathering and setting the tone for the evening Siddharth Upadhyay, Co-Chair, FICCI Sports committee said, “FICCI has been a torchbearer in the field of sports development & propagating the idea of sports as an industry. We are thrilled to organize an event of this stature, wherein experts have gathered to talk about the importance of regularizing the gaming and sports industry.”

David Foster, Head of Regulatory Affairs of leading global online gaming giant GVC Holdings, while addressing the audience via video conference highlighted the importance of integrity in sports and stated, “Positive conduct by athletes, administrators, officials, supporters and other stakeholders, on and off the sporting arena is extremely important. This enhances the reputation and standing of the sporting contest and of sports overall.”

Dr. Shashi Tharoor in his address to the gathering said, “Long-term prognosis for sports and betting is bleak if corruption is not dealt with. While self-regulatory practices need to be followed by the industry, there is an urgent need to have a statutory framework with government oversight to ensure service providers are following license conditions to track suspicious betting patterns and to have some control over the money flow to curb the generation of black money.”

Tharoor added that while the private member’s bill introduced by him, namely the Sports (Online Gaming & Prevention of Fraud) Bill, 2018 has lapsed due to the dissolution of the previous Lok Sabha, he would be meeting Union Minister of Sports and Youth Affairs Kiren Rijiju and present him a copy of the Private Member’s Bill drafted by him, with the request that the government bring out a Bill of its own on the issue and address the menace of sports fraud and urgent need for regulation of sports betting.

KTS Tulsi agreed with Tharoor and added that he would also raise the issue in the Rajya Sabha and introduce a private member’s Bill similar to Tharoor’s.

Summing up the event, AIGF CEO Roland Landers noted, “With the proliferation of sports leagues and the development of the sports ecosystem in India, it has become a major source of commerce and revenue for many entities, especially in the field of betting or gaming in connection with sporting events. Though each Indian state have their own Gaming Acts, what is ideally required is a central regulation.”