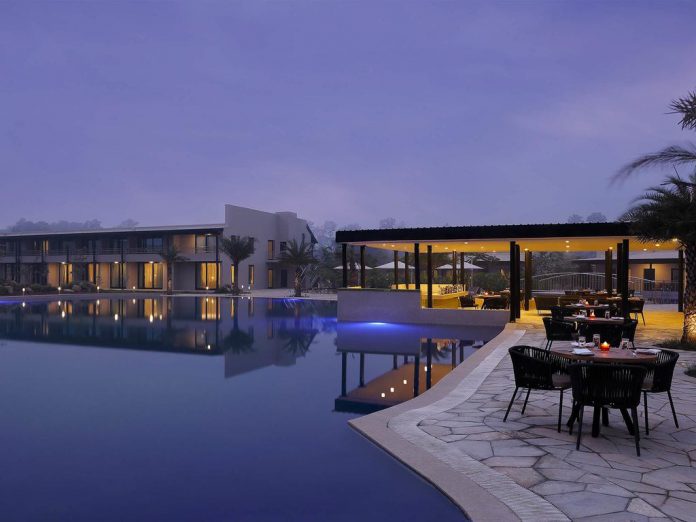 Australian Stock Exchange listed Silver Heritage Group, the parent company of the Tiger Palace Casino Resort in Bhairahawa, Nepal has announced that a local court has issued a second interim ex parte injunction against two of its Nepal units. The injunction is related to land at the Tiger Palace Resort.

Last month, a local court in Rupandehi, Nepal had issued its first interim injunction against the resort, restraining Silver Heritage’s local Nepal subsidiary from selling or building anything on the plot where Tiger Palace Resort, Bhairawaha stands, pending a full verdict on a writ petition alleging encroachment on public land.

Silver Heritage said it is currently seeking legal advice on the effect and consequences of the injunction.

Silver Heritage further informed that the US$33.9 million conditional sale offer to purchase Tiger Palace Resort that it had received from one non-resident Nepali, Indra Bahadur Thapa, represented by I. Hugh Holmes of Hotel Investment Partners Limited, could not be completed due to circumstances beyond the control of both the buyer and seller.

The company said it has not yet received the US$3 million that was to be deposited Thapa in an escrow account by 15th August, 2019 for the transaction to proceed. However, the gaming group added that it had extended the deadline to receive the US$3 million deposit to 10th September, 2019.

The embattled gaming company also announced that its Chief Financial Officer Ben Watiwat has resigned effective 6th September, 2019 to pursue other opportunities and will be replaced by existing members of its finance team and the company’s former CFO Martin Wright, who would be rejoining on a consultancy basis.

Bunnell earlier served as Silver Heritage’s general manager in Nepal for the past three months and has extensive experience in building and growing businesses in the Asia Pacific, the company noted in its regulatory filing.