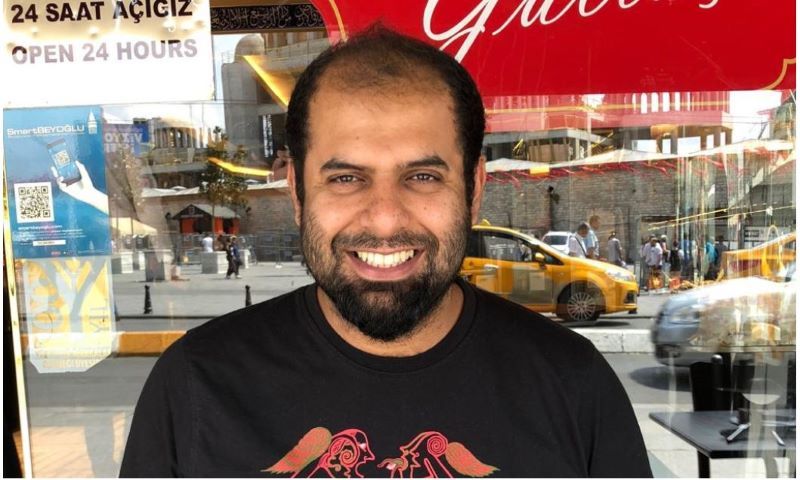 In this exclusive interview, serial entrepreneur and IIM Calcutta graduate Paavan Nanda, who founded gaming platform WinZo Games discusses his vision of creating a vernacular esports and digital gaming platform that would cater to the needs of tier 2, 3, 4 and 5 cities in India.

Q. You launched the app, earlier branded as TicTok Games in 2017. Can you tell us the idea behind your venture, the rebranding of the product and the response in the past two years?

Paavan Nanda (PN): In 2017, Jio created a great infra in India that got 300 million people from Tier 2/3/4/5 audience for the first time on smart phone and internet. This new audience that was very diverse, was spending ample time consuming content in form of games and videos on their mobile phones. In 2018, there were 6 billion mobile games installed by 300 million people who were clocking on an average 45 mins playing games! This massive engagement was not the best monetized in India, in-app purchases and ad revenues didn’t make a stable business case to this audience.

The Team at WinZO, was most excited about building an online vernacular social arcade gaming platform that was backed by micro-transactions. With an 8-member team, we started our journey in early 2018 and developed a Tier2/Tier3 audience focused product. Focus was  to introduce them to the digital grid where they make their first entertainment transaction.

Today 30% of WinZO consumers from the Tier 2/3 cities are making their first media and entertainment transaction online. The product is not just for Bharat but is actually build by Bharat. All the translation done on the platform for the vernacular languages and trivia are being done real time by housewife’s, teachers and university students from different part of the country.

WinZO is the first vernacular gaming company to partner with more than 600 housewives, schoolteachers and university students in rural Bharat to empower them by providing a parallel stream of income.

WinZO is one of the fastest growing players in the industry! And we aim to become the world’s largest online arcade gaming platform.

Q. We know that WinZO has seen 10 million installs till date and has set an ambitious target of reaching the 100 million registered users mark. How does the company plan to achieve this? Also, can you throw some light about the numbers generated by WinZO such as active users, monthly revenue run rate and paying user base?

PN: Today, WinZO has 10 million registered users on the platform playing in 10+ languages. These players are playing from 10,000+ cities, towns and  villages across India. Less than 10% of the audience is from Metro/ Top Cities of the country. The average time spent on the app is 45 mins/day. This is more than the time spent watching TV during primetime, you can clearly see a shift in the consumption pattern with great infra kicking in the country.  We see these numbers grow 10X in coming 12 months.

Interesting, UPI and Digital payments have solved for different monetization models for products. We decided to use this to drive micro-payments driven economy. We are already witnessing 130 million micro-transactions/ month. These are very exciting numbers for us. It’s a beautiful evolution of new consumption and paying pattern of the Indian Consumer.

PN: You mentioned it right our entire focus is to build an online place to hang out for the audience coming on smartphone for the first time. We always say it this way, we are building Netflix of Gaming for Bharat, and solving for Bharat is not going to be easy.

One of the most amazing feature of WinZO Games is that, the app being provided in vernacular languages. Adding to that, 80% of our users are playing games in non- English i.e. in their native languages, which makes WinZO a complete social gaming platform where you hang out with friends playing super casual games, use voice chatting, and meet many new people who can speak the same language and have the same gaming interests. Currently the app is functional in  10  languages on  i.e. English, Hindi, Bangla, Tamil, Telugu, Kannada, Gujarati, Marathi, Punjabi and Bhojpuri. We plan to add another 6 languages on the app by March 2020.

The team has spent a lot of time working closely with this target group building a product for them, we are always trying to understand our users better, everyday is a new learning.

Do you know people in T2 cities put money in their PayTM by giving cash to kirana store, and these store owners do this transaction on their behalf for small commission? We also learnt this in our journey. Average time spent by paid players on the platform is 55 mins, with an average overall time spent close to 45 mins. This is a testament of our continuous effort to build a great product.

Q. You had recently announced a $1.5 million fund to support Indian game developers. Can you share some details about the initiatives taken by the fund?

PN: Building the supply side is an ongoing process. We are committed to helping the game developers and studios to believe in building for India, because it makes a business case. This would require an initial support. Any sector requires influx of economy to boom, we had set aside a fund of $1.5 million to support Indian game developers keeping in mind the needs of developers as well as the users.

With this fund we are already supporting and aim to support further by giving content developers a platform to make and showcase their games and at the same time monetize it.

So far, we have received phenomenal responses from the  developers community, and we are already working with few students and gaming studios supporting them to develop games for Bharat. This response was surprisingly not restricted to just India. We will be adding more than 100 games by 2020 on the platform, to make WinZO an entertainment powerhouse.

Q. After the Series A round raised by the company from Kalaari Capital and Hike Messenger, are any more funding rounds in the pipeline? –  Will need your help in answering if we are raising/expectations, etc.

PN: We are creating a product that will tap into a multi-billion-dollar market.  In coming months, we would be responsible for creating a lot of awareness, for educating users, and catering their need to consume personalized content through a single app, becoming the go to place for all entertainment needs.

We are talking about doing this at a very massive scale to the tune of 500 Million people just in India. Reaching in every household, inside every Indian’s smartphone is definitely going to be a very challenging, exciting journey and would need not only capital but also  best talent and an ongoing learning of the consumer needs and behavior.

Q. Speaking of Hike as one of your investors, can you elaborate if there are any other synergies you are looking at any with Hike messenger given that they are also a mobile platform?

PN: Hike being a very personalized app, we are considering many synergies. However, these discussions are still at exploration stage. You can expect some developments soon.

Q. What do you see are the challenges and risks on the legal and regulatory for the online gaming industry?

PN: So far online gaming with money was also seen in context of card games. This inertia was broken to some extent by Dream11, with Fantasy coming out clear in most states. Talking of esports or casual games, this has entered as a legit new category in Asian Games.

Most Indian states, at present, permit engagement in paid games of skills. The Supreme Court has examined the legislative history and intent of Price Competition Act, 1955, and excluded games which are predominantly based on skill from the regulatory purview.

The Nagaland Online Games of Skill Act, 2016, that prohibits gambling but promotes and regularizes games of skill, lists games that qualify as virtual game of skill. The list is exhaustive and includes virtual cricket, virtual pool, virtual carom etc. This indeed would be a persuasive document for all the courts and states.

What is most important is to demonstrate and ensure that dominant factor in the game is skill and not chance.

Q. Finally, your parting thoughts on WinZO’s expansion plans and vision for the near future and how you see the gaming?

PN: 10 million + user base in a year, this speaks a lot about our aggressive plans, and to capture the next 500 million users who are going to join the smartphone bandwagon by 2023.

At WinZO we are focusing on a very unorthodox way to capture the interest of the users.

With data rates in India cheapest across the globe and affordable Smartphone market growing, India is poised to witness a large chunk of its population shift towards smart phones. All these people are expected to consume the content. video and gaming are the two biggest entertainment channels for the Smartphone users.

We are currently committed to expand our user base in India and create a much-localized experience for the audience that is coming on the digital grid for the first time. We are also looking at a possible expansion in countries with similar economies such Indian sub-continent and South-East Asia.

Related Topics:esportsgamingis online gambling legal in indiaonline rummyskillwinzo
Up Next

Nazara pledges to invest $20 million in startups in 2020