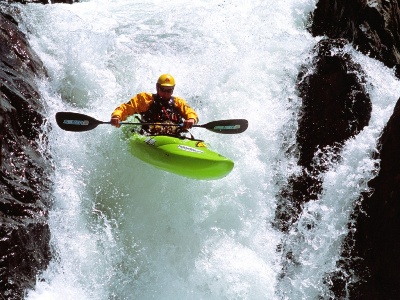 How much skill is skill enough?

What is gambling in India is determined by asking whether the game in concern is a game of skill or a game of chance. But what is a game of skill? Is it necessary that there must not be any chance involved in the game? Does the game need to be 100% skill based? Or is it enough if skill is predominant over chance?

The relevant excerpt from the judgment of the Supreme Court of India in K.R. Lakshmanan v. State of Tamil Nadu, AIR 1996 SC 1153 is presented below:

The Court categorically stated the meaning of skill (in Paragraph 20 of the case), in the following terms:

We, therefore, hold that the expression “mere skill” would mean substantial degree or preponderance of skill.

In the above case, the Court was considering Section 11 of the Tamil Nadu Gaming Act, which excluded the application of the act to games of mere skill, and is in pari materia with Section 12 of the Public Gambling Act of 1867. Interestingly, in that case the Court concluded that horse-racing was a game of skill.

As pointed out above, the Supreme Court has explained skill in terms of superior knowledge, training, attention, experience and adroitness. The Supreme Court of India, in K.R. Lakshmanan v. State of Tamil Nadu, stated as follows:

A game of skill, on the other hand – although the element of chance necessarily cannot be entirely eliminated – is one in which success depends principally upon the superior knowledge, training, attention, experience and adroitness of the player.

Case study: What is it that makes Rummy a game of skill?

The Supreme Court has identified the specific components which makes rummy a game of skill. In the case of Andhra Pradesh v. Satyanarayana, AIR 1968 SC 825, it has held that:

Rummyrequires certain amount of skill because the fall of the cards has to be memorised and the building up of Rummy requires considerable skill in holding and discarding cards. We cannot, therefore, say that the game of Rummy is a game of entire chance. It is mainly and preponderantly a game of skill.

However, while holding that Rummy is a game of skill, the Court has placed some restrictions on organizing the game, and the judgment is in some way limited to the specific facts of the case as evident from the paragraph below:

If there is evidence of gambling in some other way or that the owner of the house or the club is making a profit or gain from the game of Rummy or any other game played for stakes, the offence may be brought home. In this case, these elements are missing and therefore we think that the High Court was right in accepting the reference as it did.

Hence, websites in India permit users to play rummy online and use payment gateways for the transfer of money in the process.

Definition of Chance: What is the test of chance?

Courts have not examined the meaning of chance in great detail. It is not defined in any statute, and we must rely on case law to throw light on the understanding of chance in Indian law. In State of Andhra Pradesh v. Satyanarayana, chance was critically analyzed in the context of Rummy and other card games, stating that:

The chance in Rummy is of the same character as the chance in a deal at a game of bridge. In fact, in all games in which cards are shuffled and dealt out, there is an element of chance, because the distribution of the cards is not according to any set pattern but is dependent upon how the cards find their place in the shuffled pack. From this alone it cannot be said that Rummy is a game of chance and there is no skill involved in it.

As seen above, the Court has not tried to analyze or explain the elements of chance in fine detail. Note that Courts in India have not delved into cognitive studies or academic research while deciding whether a particular game is a game of skill or chance and so far has not found it necessary to do so. Occasionally, reliance has been placed on a dictionary or a judgment of a foreign court. For example, In K.R. Lakshmanan v. State of Tamil Nadu, the Court relied on the explanation of horse racing under the definition of gambling in the Encyclopedia Britannica, which stated that betting on horse racing involves the assessment of a contestants physical capacity and the use of other evaluative skills. The Court also quoted the American case of People of Monroe, stating that the winning horse in a horse race is not determined by chance alone, but other factors such as the condition, speed and endurance of the horse, and the skill and management of the rider.

In the event a matter related to the status of a particular game (for instance, poker) is litigated in a court of law, credible studies if placed before the court could bring about favourable results, and judgments of foreign courts may prove to be helpful in guiding the Court towards arriving at a favourable conclusion.

CM, casino experts admit that Goa needs a gambling commission, but establishment unlikely in the near future