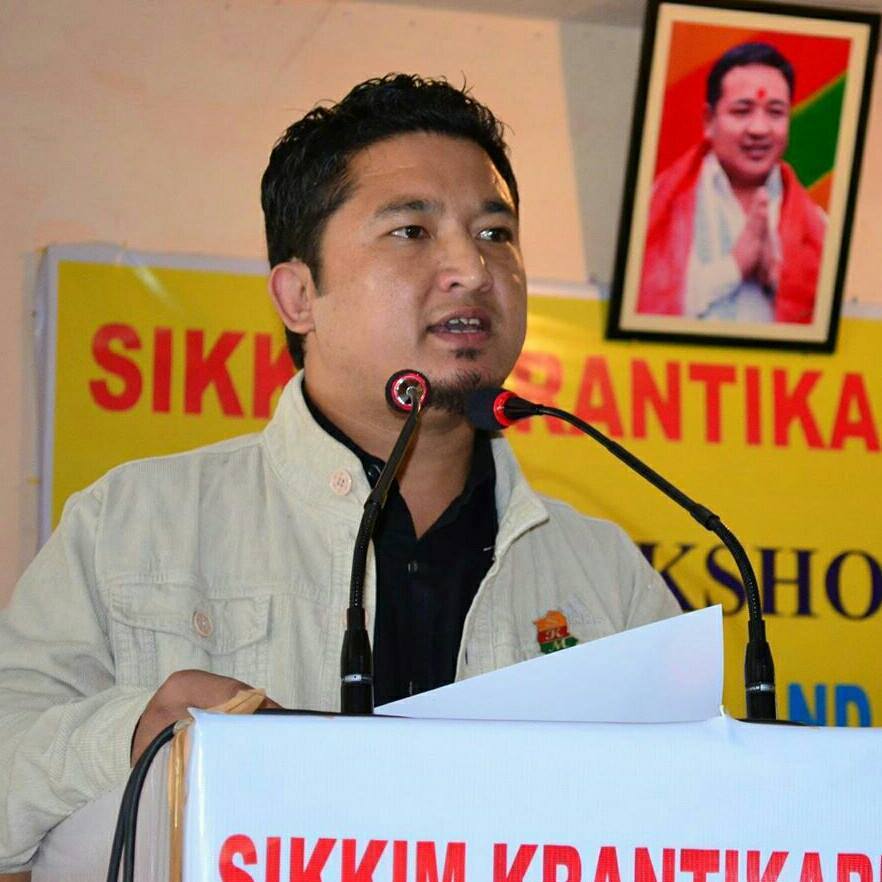 Navraj Gurung, senior leader and  General Secretary of Sikkim Krantikari Morcha (SKM), the principal opposition party in Sikkim has followed the casino and gaming industry in the state very closely. He has been at the forefront of demanding a ban on entry of locals to casinos and says that his party will strictly ban entry of locals to casinos and will consider disallowing lotteries if it comes to power. SKM is headed by PS Golay, who was earlier part of the ruling party Sikkim Democratic Front (SDF) and currently has 10 out of 32 MLAs in the legislative assembly.

In this exclusive interview, Gurung throws light on his party’s stand on the issue of lotteries and gaming and the road ahead for Sikkim’s casinos and lottery operators:

Q. Sikkim is a state which allows lotteries, casinos and now online gaming, the first state in India to allow all three forms of gambling. These three bring a lot of revenue to the state. What is the stand of SKM on all these three activties? Does your party wish to ban all three or allow it with some conditions?

Navraj Gurung (NG): Yes, Sikkim both before and after becoming the 22nd state of India depended on the government of India for funds. Sikkim a land locked state had very little means for revenue generation. Although gambling remained a crime in the Chogyal era but soon after its merger the state looked upon lotteries as means for revenue generation. Revenue from gambling seemed ok as no other options were available then. Till we become a self sufficient state we may have to depend on revenue generation from gambling but along with it SKM feels that the local population should be kept away from it. 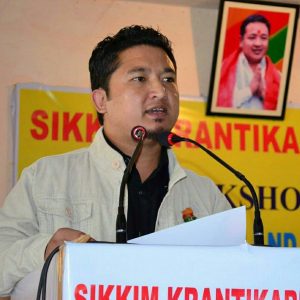 Q. The Sikkim assembly recently passed the Sikkim Online Gaming (Regulation) Amendment, Bill. Can you give some details about the Bill and your party’s stand on the issue of online gaming?
NG: SKM has been against the Amendment Bill tabled during the budget session 2015. The Sikkim Online Gaming (Regulation) Act 2008 had already been passed in the assembly when there were no opposition in the legislative assembly. The Act had defined online gambling and made rules and regulations for gambling online. But since the Act contravenes with the Public Gambling Act 1867, the Union Home Ministry on April 2014 wrote to the state finance department seek clarification on the same.

This is why The Sikkim Online gaming (Regulation) Amendment Bill 2015 was placed during the recently concluded Budget Session. In the Sikkim Online Gaming (Regulation) Amendment Bill 2015, changes have been made in Sec 3 sub section 2 wherein the word “internet websites” has been replaced with “intranet” and the word “online gaming websites” replaced as “intranet gaming terminal.” This means that the gaming terminals can be connected to the servers via cable connection there by allowing gaming terminals open up in all corners of the state thus affecting the local population. SKM was against the  Amendment Bill 2015 as the Bill had the potential to affect locals with the ills of gambling.

Q.  As per media reports, CM Pawan Chamling recently announced that casinos are not meant for locals and that he accepts your leader PS Golay’s suggestion that some rules can be introduced to ban locals. Since you are at the forefront of asking for such a ban, are you satisfied with the CM’s response or do you want more assurances?
NG: This part has been reported wrongly by some papers. As I was present during the budget session let me give you the details of the actual statement of the CM.

SKM Supremo PS Golay while speaking on the Sikkim Online Gambling (Regulation) Ammendment Bill 2015 had also mentioned a few things in regard to casinos. Agreeing that the casinos had the potential to boost tourism industry in the state, Golay welcomed it but also demanded that a ban on locals from gambling in casinos be inserted in the act and that the government strictly monitor the casinos. Golay also demanded that regulations for payment of taxes from price money be made immediately. The Act in its current form could encourage money laundering as the states indigenous population had been exempted from taxes.

Replying to Golay’s query on casinos, Chamling said that the states casinos were not open for locals but there could be instances where a local could have dogged security personals and enter the casinos. He also assured that he would also strengthen the act by enforcing strict regulations that dealt strictly with the rule breakers.

Although announcements have been made by the CM in the floor of the house we strongly feel that like all other announcements this will also lead to nothing. The SKM demands amendments in the Sikkim Casino Games (Control & Tax) Act 2002 be made immediately and the necessary clauses be added to the Act.

Q. If SKM comes to power in the next elections in 2019, how different will your approach be on gaming and lotteries? What kind of policies does your party promise to frame?
NG: With lottery counters placed all around the state, it shows how the local population are being affected by the ills of gambling, hence if SKM came to power the party would constitute a study team to research on the ills of gambling and it’s effects on the local population.

Keeping in mind the recommendations placed forward by the study team, SKM would  rethink on allowing state lottery stalls in the state. As many other alternative sources of revenue generation like hydel power, tourism, floriculture etc etc are also available with the state government a rethink on continuation of lotteries is necessary.

The state governments decision to allow casinos in five star hotels in Sikkim is welcomed by SKM as that would boost up the tourism industry in the state also. But SKM wants the casinos strictly be limited for tourists and locals be kept away the from it. Till date there is no law that bars locals from gambling in casinos and that could be because of the CM’s sons involvement in the casino industry.