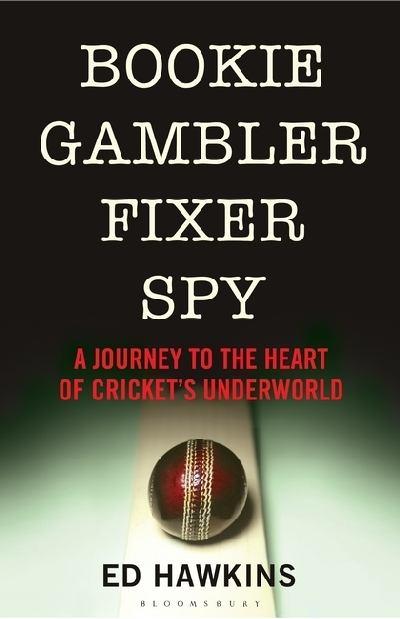 Hawkins in the book conducts an in-depth study on the betting markets in India having interacted with a host of bookmakers across various cities. He makes an interesting point of how cricket as a game was invented to satisfy the gambling instincts of Englishmen and first rules of the game were formulated only for enabling bookmakers to conduct their businesses.

Further, Hawkins succinctly elaborates on the betting markets prevalent in the Indian betting market such as win/loss, bracket betting, lambi etc. He also provides adequate anecdotal evidence to show involvement of D-company and underworld in the betting markets, close nexus between many bookmakers and cricketers and how odds can be manipulated by bookies even on small, insignificant pieces of information divulged by cricketers.

Hawkins has also provided enough material to cast aspersions on the India-Pakistan World Cup 2011 semi-final, England-Sri Lanka Cardiff test match played last year and number of other games. The solution provided for this menace of illegal betting and corruption in cricket is simple: legalising and regulating betting and showing a zero tolerance towards corruption in sports.

While various aspects of the game and betting markets were raised in the book, a few important legal points were reiterated. Listing the points given by the author coupled with my suggestions:

Many more sensational insights were provided in this eye-opening book. Most anecdotes about IPL and most other cricket matches in the recent past being fixed, either partly or entirely have been confirmed through multiple sources in this book. This book is recommended for all concerned in the gaming industry.

A copy of this book can be ordered from online bookstore Infibeam.com on this link.

Related Topics:bettinggamblinglegalising gambling
Up Next

Prof. Ronald Dworkin passes away, revisiting his insights on poker and games of skill