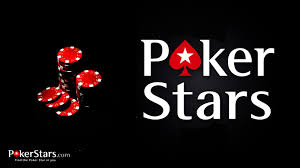 Canada-based Amaya Gaming, which runs the world’s largest poker website, Pokerstars is looking to start an online poker website in India as per a report on CalvinAyre.com. Amaya CEO Rafi Ashkenazi claimed that the company was planning to exit the Australian market and enter the Indian market very soon.

Ashkenazi claimed that India’s purchasing power was “quite different” from Australia but the projected annual revenue could be in the range of US$80m-$150m. He also confirmed that Amaya would need a local partner in India, and that discussions with potential partners were already underway and added that Amaya hoped to start operations by the first or second quarter of 2017.

Amaya Gaming Group is one of the largest online gaming companies in the globe and is listed on the Toronto Stock Exchange. Of late, the group has been facing financial troubles and the former CEO David Baazov is facing insider trading charges. The Group has been in merger talks with William Hill and recently Baazov has reportedly offered a US$6.7 billion deal to takeover the company.