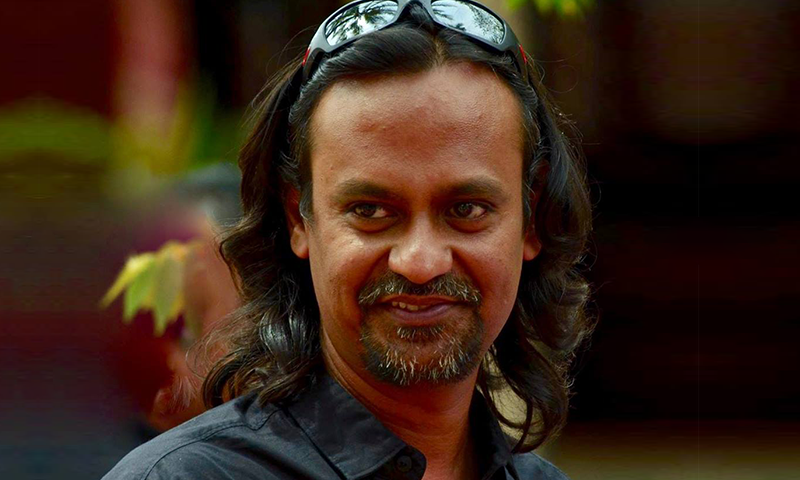 Over the past couple of years, Fantain has started offering real money fantasy games for cricket, football and kabbadi and now has over one million registered users on the platform. In this interview, Ramachandran talks about what led to the inception of Fantain and how he sees the fantasy sports industry growing in the days to come.

Q. Why did you decide to start Fantain? Can you tell us more about the product and the games offered?

Anand Ramachandran (AR): We started Fantain Sports in 2012.  The three of us (Vivek, Aravind and I) are hardcore sports fans who have seen how sports is produced and consumed in the US.  We wanted to bring the best to India.  We have done various things in and around sports over the last few years – fan engagement apps, fan analytics, sponsorship dashboards, etc.  We started the fantasy platform in 2017 when we felt that the market was ready for a world class fantasy platform.

Currently, we offer single match fantasy contests for cricket, kabbadi and football – the three primary sports in India.  We also offer a free version of the game (for people who want to try out fantasy sports) and a paid version of the game.  In the short term, we will be looking to add more and more innovative fantasy formats to our rapidly growing fanbase in India.  We will add more sports and also look at international expansion over the medium to long term.

Q. You earlier started as a sports analytics company and then ventured into fantasy sports. Why the shift and how has been the experience so far? Can you share some details about your journey so far in terms of number of users and revenue?

AR: Fantain has always strived to be a fan engagement company.  When we launched our analytics offerings, we focused on analysing the sports fan instead of the more popular player and game analysis (think stump cameras and player statistics).  Our goal was to bring in a deep understanding of the Indian sports fan and use that to build custom solutions for him / her.

An idea will not work in India just because it has worked elsewhere.  An idea will work only if the Indian fan and the Indian sports ecosystem sees the need for such a solution.  We see fantasy as a way to engage with the sports fan in a meaningful fashion.

Everything we have done over the last 6 years has contributed to the success we are seeing in the fantasy platform – our understanding of the sports scene in India and the Indian fan is what helps us build world class products.  We recently crossed a big milestone of over 1 million fans on the platform – with healthy engagement metrics and with a very good proportion of them converting to paying users.

Q. Fantain was a free to play fantasy platform that you converted into a real money one only around a year back. What prompted you to switch to a real money version amidst the competition from dozens of other websites?

AR: Our intention was always to build a pay to play fantasy platform.  We started with a free version  so that we made fantasy sports,  a relatively new idea, easily accessible to the Indian sports fan.  The free platform helped us acquire fans, engage with them to find out what they wanted to see in the paid platform.  We take fan feedback very seriously and it will not be wrong to say that most of our new product innovations come as a result of direct inputs given by our fans.

We are aware that there are other players in the Indian fantasy space – this is great since it signals that the Indian fan is seeing Fantasy sports a viable entertainment platform.  The Indian market is huge and has a lot of space for many good players.  And most importantly, the quality of work we do will finally determine our success.

Q. Fantain has received funding and backing from BookMyShow. Can you tell us more about the investment round and how has the association and partnership with BookMyShow helped you?

AR: We received our first investment from BookMyShow in early 2016 and our relationship has grown significantly since then. BookMyShow are the leaders in the Indian B2C space and their understanding of the Indian consumer is excellent.  They have helped us move into the B2C space from our earlier B2B focused initiatives.  BookMyShow sees us as company that can add long term value to the Indian sports fan – and that is important for them, given that sports is a key focus area for them.  We are also constantly looking for ways to leverage the enormous customer base and trust they have built in India.

Q. Are there any innovative formats or versions that you have introduced to separate your product from the rest? How do you see the fantasy gaming industry moving forward?

AR: A core operating philosophy for us is to serve the knowledgeable sports fan in India and to enhance the knowledge of fans on our platform.   You will see this recurring theme in everything we do – from the design language to the data that is served up to fans.  We see this as a major area of innovation for us.

In addition to the single game fantasy that you see on the platform, we will be launching tournament fantasy and draft fantasy formats in the future.  We also believe that technology in itself is a big differentiator.  Our app provides real time fantasy leaderboard to the players something that many platforms don’t offer today.  We are the first to launch blockchain enabled fantasy platform in India so all participants are assured about our platform’s transparency and consistency. As the fantasy space grows and consolidates, we see trust, transparency and great customer service as the key tenets to running a great fantasy company and we believe we are leading the industry in that front.

Q. You are a part of Indian Federation for Sports Gaming (IFSG) which is trying to bring about a self-regulatory framework and common platform for all operators. How do you think initiatives like IFSG help and what is the road ahead in terms of the agenda of IFSG?

AR: We are part of this body because we think IFSG has a very important role to play in the growth of fantasy sports in India.  In addition to self-regulation, we see IFSG championing the cause of sports fans and protecting their interests as well.  Fantasy sports is a relatively new industry in India and a lot of effort has to be made to build this industry on the right principles.

Win a day with Sunny Leone at 11Wickets