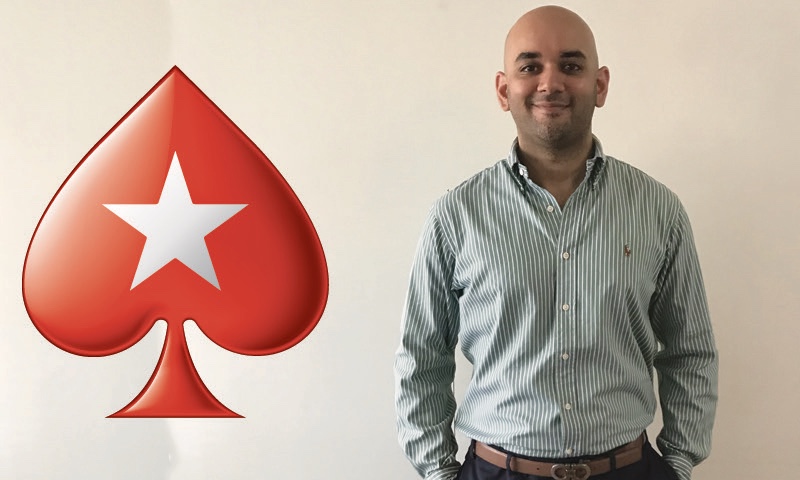 Exclusive In this exclusive interview, newly appointed CEO of Sachiko Gaming Pvt. Ltd (PokerStars India), Ankur Dewani, speaks about the company’s  vision in India, what is in store for players and the challenges that the poker industry will have to face.

Dewani has been associated with the gaming industry for more than a decade and before joining Sachiko Gaming has been PokerStar’s  Consultant Country Manager (India).

Sachiko Gaming which is part of the Sugal & Damani Group and has the license to use the PokerStars brand in India has started a new ring-fenced, Indian poker website, pokerstars.in today.

Q. Congrats on the announcement of the launch of PokerStars.in. The Stars Group had made several announcements in the past couple of years about its intention of entering the Indian market and timelines. However, the launch has been delayed by few months. What took them so long?

Ankur Dewani (AD): Thank you! It’s very exciting to finally see the PokerStars brand come to India. As you can imagine, there is a great amount of preparation that needs to go into setting up a fully customized and local platform, and as much as it would have been great to have launched sooner, it’s good to take the time to get it right.

Q. Sachiko launching PokerStars.in  has obviously caused a flutter amongst existing online poker operators. Can you give us details about the software and product as well as how it would be different from the other Indian offerings?

AD: We are glad to be part of this small, but rapidly growing skill gaming community, and I think the fraternity would only welcome any addition that supports growth for our players and the entire ecosystem.

PokerStars.in provides a solid foundation for the domestic poker market which is important for long-term industry growth. By bringing the PokerStars platform to India, we aim to set a high standard in the hope that others will use this as a recognized benchmark. The PokerStars platform has received global recognition and numerous awards over the years, and is known for its industry-leading responsible gaming mechanisms, with second to none player protection and fraud detection mechanisms to ensure the integrity of games and the safety of players.

Our objective is always to provide the players with a secure, trusted and memorable gaming experience.

Q. Can you share some details on the offers and promotions that PokerStars India has launched or is planning to launch?

AD: We have an array of exciting offers for players. As part of our launch celebration, we’re giving away Rs. 13 in Freerolls, in addition to over Rs. 70 lacs in guaranteed tournaments in the first five days itself!

Players will have an opportunity to benefit from our first deposit bonus offers, one of which will be a match bonus of Rs. 30,000, i.e. a player can deposit any amount up to Rs. 30,000 and we’ll match that amount and add to their deposit as a bonus. I believe this is the biggest any Indian poker site, or gaming site for that matter, has ever offered here.

Q. Would PokerStars be launching any poker leagues or offline tournament series?

AD: We are always looking at ways to bring the best experiences to our players. Watch this space!

Q. Is PokerStars India planning to launch any other game apart from poker, like rummy, quiz or fantasy sports?

AD: We will offer poker only.

Q. In terms of licenses and permissions, has Sachiko Gaming obtained any license from any state government?

AD: We are in talks with various government and state bodies, but it’s probably too early to indicate what the outcome will be. What I can say is we are fully pro licensing and committed to working with the industry and the government on appropriate regulation.

Q. There have been many concerns from players regarding the Tax Deducted at Source (TDS) policies. Can you explain to our readers in simple terms as to what would be the TDS policy that Sachiko Gaming would follow?

AD: We refer and adhere to the applicable tax as clearly mentioned in section 194B of the Income Tax act. i.e. there is a 30% tax on any winnings over Rs. 10,000 at the time of payment of such prizes, without provision for any deductions & or offsets.

To break it down a bit further, here’s an example:

Q. Poker in India has seen a few setbacks in terms of adverse judicial and legislative decisions. What is your take on the current position of the legality of online poker and in which direction do you see the discourse on legality headed?

AD: Unlike chess, rummy, bridge and other such skills games, poker in comparison is fairly new to India, and will understandably need some time before it is fully understood by the people and lawmakers. Sure, there will be challenges, and it is our duty to educate and work with the government to provide information, case studies, research reports, to ensure states and the central government understand this beautiful mind sport.

Having said that, some states (West Bengal, Karnataka, among others) have been quick to react and duly recognize Poker as a game of skill, making it fully legal and regulated.

Q. Finally, you are an avid poker player and observer of the gaming industry in India. While both online and offline poker has grown exponentially with the number of players, prize pools and number of operators seeing massive increase, there have been various setbacks for the industry as well. What are you parting thoughts on how the industry will progress in the next couple of years?

AD: I have been involved with poker since 2009 and had been playing for 4-5 years before then. As a competitive gamer it’s one of, if not the toughest games I have ever come across. It requires a wealth of skills ranging from calculating probability/odds, mental math, decision making, psychological strengthening, patience, ability to read people and so much more. I am still a student.

But all of this stems from the need to compete at a high level and hopefully excel! To me, this is the underlying theme of our youth today and what makes us Indians so hard working and prepared to constantly push our boundaries.

65% of our population is below the age of 35, and by 2020 the average age is set to be about 29 years. If even a small percentage of this entire age take up poker, the industry will see a new boom and  we hope that we can bridge that gap by educating the masses.